A week ago, Z and I embarked on a road trip from hell to get to southern Oregon to celebrate the 90th birthday party of a family friend of his. Forty-five minutes in, I had a skinned knee, we’d had to return one rental car in need of engine maintenance for another, and we’d been in a high-speed fender bender on I-5 that could have been deadly but instead was just nerve-wracking. It was pouring with rain and while a shaky Z pointed the car to downtown Tacoma so we could grab lunch and collect ourselves after the incident, we considered the possibility that we weren’t meant to make the journey. We both wanted to go home and pull a blanket over our heads and send our apologies to the Birthday Girl.

I’d been looking forward to the trip ever since we’d made plans, but after this start, I’m honestly not sure what made us climb back in the car and keep driving south other than a shared belief that you need to get back on the horse that threw you. Well, that and a desire to fulfill some fantasies.

Though I grew up content to be the only child in our little apartment, I was fascinated by larger families and some of my favorite TV viewing included families where there were more than the American Dream recommended 2.5 children: “The Brady Bunch,” “The Waltons,” and “Eight is Enough.” There was something about all that noise and hubbub and ability to disappear in a crowd of siblings that intrigued me. Because it was just Mom and me coasting our way through the 1970s, we often found ourselves staying with friends and living on the periphery of other people’s lives. While I was never disappointed to return back to our quieter, more peaceful existence, when we were staying with family friends, I loved observing what life in a larger sort of family might be like. One of the more fascinating qualities to me was that the larger the family the more able it seemed to incorporate additional honorary members. In our little apartment of two, if we had a guest, it was an Event. But we once spent an entire summer with family friends and while we were staying with them, two other people were also summer guests and seemed to barely affect the functioning of the family other than the number of chairs that had to be pulled up around the table. I consider these expeditions into a larger tribe to be a highlight of my solitary childhood.

When I married Z and moved to Seattle into another apartment of just two, I wasn’t thrilled about the loss of easy access to “my people”—my cousins, my friends, and those above-mentioned family friends. I did, however, inherit family friends of Z’s who at the time were living near Seattle. A few decades earlier, the Birthday Girl and her husband had been staying in Z’s hometown as part of a service group—think Doctors Without Borders—for retired professionals, where her husband was offering his knowledge to the local paper mill. Z was soon to leave for college in America, so when Z-ma found herself playing bridge with this American woman, she had a lot of questions for her. A friendship was forged and the Birthday Girl and her family provided Z with the sheets and towels he didn’t have room to bring in his suitcase. Later, they hosted young Z on his first trip to the Pacific Northwest, where he met the family. It seemed fortuitous a few years ago that Z got a job in Seattle that put him in close proximity to these family friends.

My first Thanksgiving away from Indiana—when I was weepy because I missed home but insisted it was only because I couldn’t find the box-mix of gingerbread I’d been eating since I had teeth—was spent with the Birthday Girl and part of her family.  I was happy to feel connected to someone out here. We all sat around a huge round table with a large Lazy Susan in the middle of it, spinning helpings of food around to each other. I looked at the members present and imagined the life they’d had together and apart in this other hunk of the country, and because I was on the outside looking in, all I could envision was something akin to a more contemporary Norman Rockwell.

When we would visit the Birthday Girl, I’d ask her about her life as a young woman, a young mother, a grandmother. I was itching to hear her stories about going to work at Oak Ridge when the US government was piecing together the atomic bomb, how they’d lived in Mexico for a time, how she, who had done a lot of volunteer work for Planned Parenthood, had ended up with an astounding number of grandchildren and great grandchildren. I’d study the artist’s renderings of the various houses the family had lived in that hung along her stairwell and look fondly at the wedding photos of all her children that hung above the piano.   I loved her house and the way I felt cared for there while looking out at Puget Sound. I even loved the spread of magazines on her coffee table: National Geographic, The Atlantic, and Smithsonian that made me feel better informed just by being near them.

A few years later after her husband had died, she relocated to Oregon to be nearer her daughter. Z and I felt a little bereft. It’s not that we saw her daily or weekly, it’s not that we talked to her with any regularity, but knowing that she was nearby made us feel connected to something beyond our small city life. Not long after she left we found ourselves driving near her house and it was almost more than we could bear to know she wasn’t inside, having a cocktail and reading those magazines.

I-5 South thru Oregon

So, despite the accident, we headed south and both of us had some mini-version of PTSD wherein we felt certain that every car and big rig was about to careen into our lane and sideswipe us. The traffic was slow. The rain never let up. Fog set in, and though we should have been at our destination before the sun went down, the trip took two hours longer than it should have, so I was steering the dented car up and down mountains in the dark. It wasn’t “unsafe” in that the traffic by then had thinned out, but it was unnerving because the wipers were sub par and the unfamiliar road with twists and turns offered no view into the distance so we could anticipate where the road was taking us.

Eventually, we reached the Birthday Girl and her family, where we were greeted as if we were part of the clan instead of interlopers. We caught up with various family members, watched its newest members tumble around on the floor, talked to the most recent crop of young adults about their plans for the future. It was chaotic and loud and fun. We stole a couple of hours with the Birthday Girl herself and were happy to see her looking healthy and willing to talk about the books she’s reading and her bridge games and specific memories we asked about. It might not be our family, but it felt like a real gift to be included in this one’s big milestone celebration. Our only regret was that Z-ma wasn’t able to be with us so the pair of them could see each other again.

We were the only residents our first night in the TouVelle House B&B, a gorgeous Arts & Crafts mansion decorated with period furniture and trimmings. Normally, wherever I stay, I feel like my room is “mine” and the only time I’m in a lobby or shared living space is when I check in or check out or, if in Ireland, someone is feeding me a big Irish breakfast. But this place was too beautiful to go scurrying up the steps to our suite. Z and I came in from the rain, shook off our raincoats in the huge entry hall, made hot drinks for ourselves in the darkly paneled dining room, and then settled down on the Stickley-esque furniture next to the fire in the expansive living room. I’ve always admired Arts & Crafts houses but felt it would be too difficult to live a modern life in one while making it look the way it was meant to. But this night was our chance to try it on for size. The fire crackled while we talked about politics and world events and the annoyance of the drive down. Neither of us were making a mad dash upstairs to our screens… in fact, it was as if we were living in a pre-screen era. We refilled our mugs and talked some more. In the flickering light, it was easy enough to pretend it was our house and this was any ordinary Friday night for our more sophisticated alter egos.

The next morning, we shuffled downstairs to the gourmet breakfast and chatted with the owner, who looked entirely too young to own a house so grand. I peppered her with questions so I could better understand what a day in the life of an innkeeper is like, and because I’m always curious about how people ended up where they are. She was friendly and we felt well cared for as she made suggestions for the day’s activities and offered to make us a to-go breakfast for the next morning since we hoped to be headed home before the regular breakfast would be served. 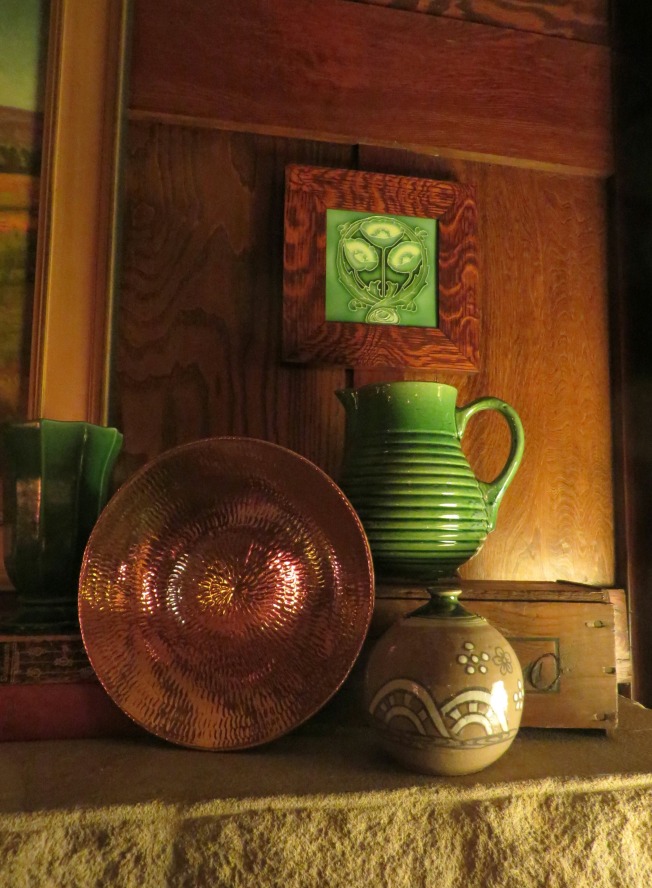 Other than the potential nightmare at the beginning of the trip, the weekend was a dream. A sort of fantasy. Because the TouVelle House was not ours, I didn’t have to think about how the property taxes would get paid or how much it cost to heat such a big space or whether any of the beautiful artwork might “accidentally” end up in a guest’s suitcase. (There was a clock there I really wanted to bring home!) I only had to sit by the fire and slide into the 400 count sheets and pretend it was mine. I could pretend the owner was our friend who was feeding us not because we paid her but because she wanted us well-fed and happy. I could pretend that big, unwieldy family a few blocks away was my own without having to jockey for time to myself or ferry someone to a doctor’s appointment or look at the breadth and depth of the family history and wonder what my place in it was. I could just let it all wash over me and for a minute try on a different sort of life.

When we come back to Seattle, I’m always a little indifferent. If I’m with Z, then that is home, but there are other places that call to me and so I don’t often walk into the door of our little apartment with the same exhalation of relief that I do when I return to my folks’ place in Indiana, for example. Even though the drive back was kinder than the trip down to Oregon, when we crested the hill on I-5 and saw Seattle splayed out before us, I felt a little flutter beneath my ribs.

The spell was broken, but I didn’t mind. 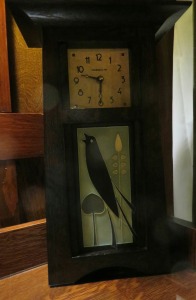