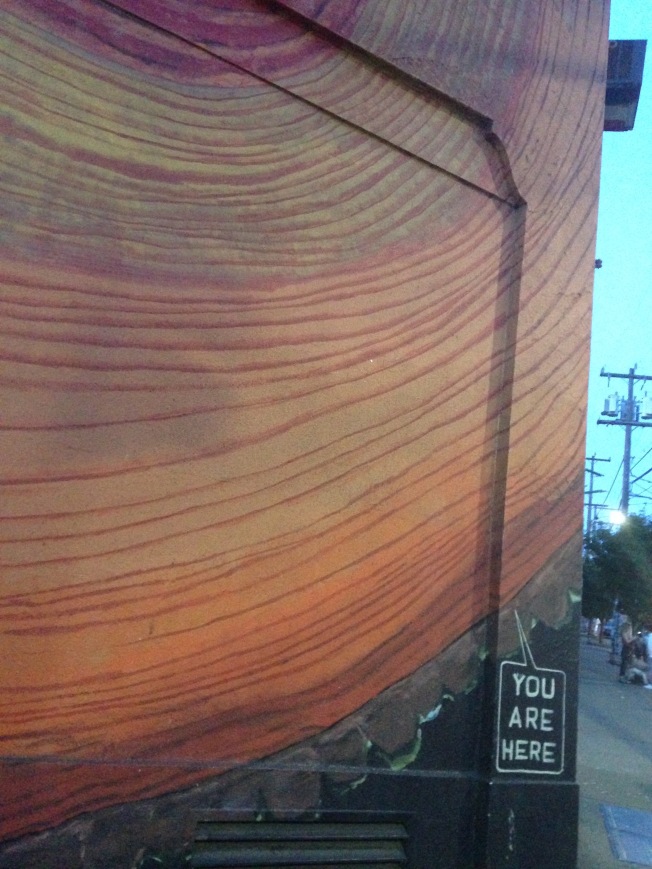 This mural is on a building I pass on the way to work. Usually, I’ve got a crease in my forehead as I think about the things I need to cover in class or remember someone’s essay I forgot to respond to or am obsessed with some other worry. Then I see this and it never fails to make me laugh at myself. Most of the stuff I spend my time fretting over is pretty insignificant. As am I in terms of some of the old-growth forests in the Pacific Northwest.  As is this blog entry. It’s the end of May. I haven’t blogged in yonks. This isn’t a real blog, but I’m hoping it will keep you sated until the next real one.

My student & I bonded over my Hoosier tumbler of choice. (It’s more about the blue than the chocolate, I swear.)

Unfortunately, some of my attempts are abject failures. This was supposed to be Z. He was not impressed:

And now we have arrived where we began, the outer edge of that ancient tree stump. Not a particularly significant location in history, but here we are.