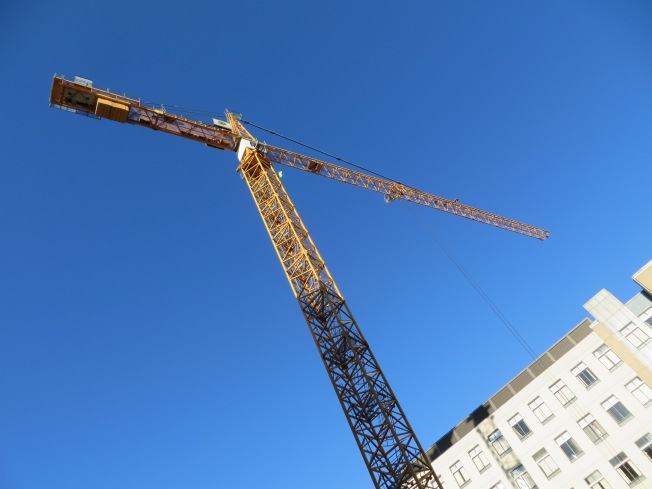 Every time I go home to Richmond, there’s a certain sadness that comes from seeing how much things have changed. I don’t stay away long, but even so, when I come back, yet another formerly gorgeous Victorian mansion has been demolished leaving in its place a grassy lot with worn stone steps that go nowhere.  Restaurants I grew up loving have gone out of business. The hospital, parts of which were beautiful and where some of my first memories of the town are stored, has been abandoned and looks both haunted and haunting, standing there empty with its eyes poked out and its structure ravaged.  (A brief aside: those first memories I speak of were not my birth, but because my mother worked there. Before I knew that things I wanted had to be paid for, Toddler Me tried to make off with a toy toaster from the hospital gift shop.)

If you don’t look in the right places where things are still lovely, it’s a heart breaker.

I was raised to appreciate the town’s history and my heritage.  How Quakers (and ones I was related to, which gave me a sense of unearned pride) from North Carolina had made the trip northwest, in part, because they disagreed with the institution of slavery. I knew which parts of town had been settled first, how the gorgeous, crenellated courthouse had a hanging balcony even though no one had ever been hung there, and what businesses had been on what corners at a time that pre-dated me. I grew up in the oldest part of town before it had been revitalized, and I knew that the streets used to have names instead of numbers and on certain buildings you could still see the street markers embedded in the brick. Market and Marion was my favorite intersection, a block from my elementary school.  There was something about these hints at how the place used to be that made me wallow in melancholy and long for a past that I was sure was better (and more aesthetically pleasing) than my 1970s reality.

In addition to the town’s history, I’d also been schooled on family history as it unfolded in this town. I knew which Catholic church the Irish people went to and which one the Germans went to, where my maternal grandfather’s car lot had been, how my other grandfather worked at the old post office, now the site of the Indiana Football Hall of Fame, where my parents met, how my great aunt worked at  the Hoosier Store , where the furniture store had stood before it caught fire in the 1968 explosion that killed a great uncle. I could locate the place where the interurban used to run, connecting Dayton to Indianapolis. I wondered at a postal system that had two deliveries a day and what it must have been like to live at a time when a horse and wagon brought milk (and ice!) directly to your house.  I knew the location where the “girlie” shows used to be that an otherwise God-fearing great-great grandfather was reported to have visited with some regularity.

Somehow I knew it was important to remember and acknowledge this past, despite the fact that people in towns all over America had similar memories and histories. But I liked wallowing in the notion that somehow “my people” had been living life more lovely than I was, and so often I would spend as much time thinking about how it all “used to be” for them than I did noticing the present I was actually inhabiting.

One day before I got married I was driving across the new bridge, hollering to myself about how ugly and modern it was compared to the old bridge.  Suddenly, I was struck by the notion of how much simpler my life would be if I weren’t always reflecting on a past that wasn’t even mine.  I imagined it would be the most astounding kind of liberation, not to have to feel your blood pressure go up when a favorite building was demolished or when another big box store usurped the heart of downtown.  What would it be like to just live my life and not drive past the Leland Hotel without having bricks and mortar trigger a spiral of thoughts including the hotel’s former grandeur, how before it was a building, it was the site of a casket factory where my great grandfather worked at the end of the 19th century, and from there have my imagination take over with constructed memories about how hard it must have been for him to leave his parents in West Virginia, and how hard it must have been for them to leave Ireland and back and back and back . On a drive from one side of my small town to the other, I could have been crushed by the weight of other people’s histories.

And then I moved to Seattle. I missed home regularly, but after a few months I was struck by how light I felt in a city where I had no emotional attachment to anything. It’s as if the Rockies and the Cascade Mountains were holding back all the history of home that had made me broody my whole life. It was a strange sensation to listen to the news and realize I didn’t particularly care if the heavily trafficked but sort of hideous viaduct downtown was demolished. If I saw a wrecking ball, I didn’t assume it was destroying something historically important.  Instead, I’d cross my fingers that a grocery closer to our apartment was going in. Because Seattle is younger than my hometown and none of “my” people had settled it, I’ve been detached as it moves and shifts around me.

But lately…I find I’m suddenly aware of the changes that happen in my vicinity, and I  don’t always like them. Two years ago the grocery down the street that was perfect if you had a late night baking or cooking need went out of business, and I’m still bitter about that loss, but it was more an issue of being inconvenienced than feeling like the fabric of society was ripping.  And of course I was upset when two bookstores I regularly visited went out of business, but that’s how I feel about all independent bookstores everywhere that can’t compete with that other colossal “local” bookstore  (that begins with an A).

No, what I’m noticing now are much stronger negative reactions to changes like the disappearance of an entire swathe of diverse buildings in Capitol Hill—the gritty sort where you can imagine what Seattle was like before the rest of the world discovered it and started fancying it up—which have been replaced by layers and layers of living space that looks identical to the apartment tower next to it and behind it. In the seven years that Z has lived here, Broadway has become more upscale strip mall and less quirky neighborhood haven for artists and social outcasts.

I still can’t even talk about the heartache of the neighborhood Greek diner going out of business and being replaced by something Asian.

Other, smaller changes have begun to bother me: a re-configured turn lane to accommodate the streetcar that will soon be in place (a good thing, really, but still, it rankles);  a dirty-looking hookah bar, parking lot, and drive-thru coffee hut bulldozed in one fell swoop for yet another apartment tower in an area that doesn’t really affect my normal line of sight, but I find the shadows from the taller building off-putting; the removal of an authentic Mexican restaurant so a Mexican food chain could go in its place.

Last week I was mentally growling at a crane and pile of rubble two blocks from our house and realized that I had finally gone round the bend. I was lamenting the absence of what had only ever been a façade for the whole of our Seattle experience. Someone knocked down a building, left the front of it standing, propped up with two-by-fours, and the debris left behind was inhabited only by some street-smart raccoons. What exactly was it that bothered me about that particular eyesore being replaced with the promise of something more substantial (and less raccoon-y)?

The best I can figure is that what I’m railing against is having the backdrop of our history here changed. When Rick first came to Seattle and I started visiting, we were focused forward: our newly discovered love, a new city to explore, a new phase of life. Our history was miniscule—there was nothing to pin to the corkboard in our minds of “how it used to be.” It was a good time; everything was in the present tense.  We may never have gone into the Lusty Lady, a downtown hot pink peep show venue that had been hawking its wares with some hilarious and pun-filled signs for 27 years, but it was part of the landscape of our new life together, and all that mystery and hope. There’s still plenty of both of those ingredients, but some chapters have been written now. When we walk by what remains of the big pink marquis and see “Space for Rent” in place of “We Take Off More than Boeing” it feels a little as if  “Early Beth and Z” is being slowly erased.