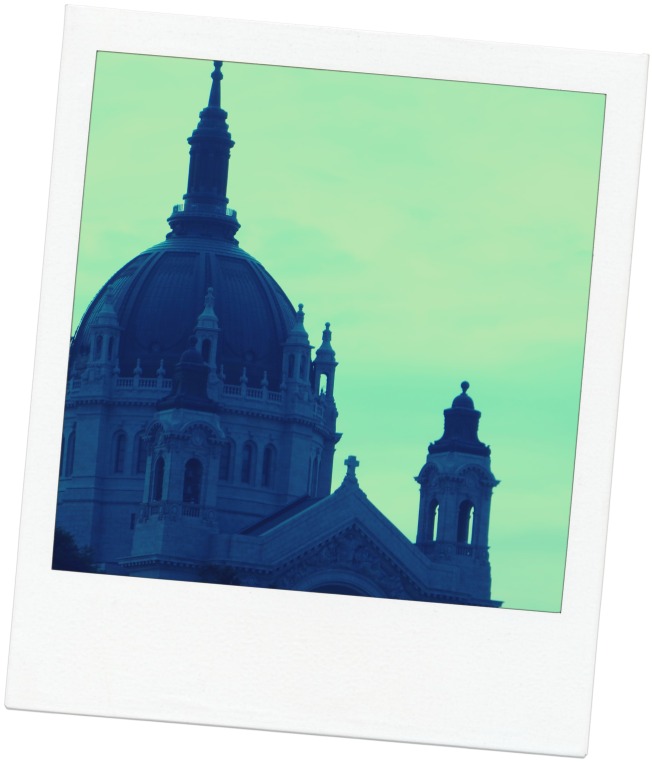 When I am in Seattle, the Midwest exists in my mind as a singular place where everyone has a shared sense of values, habits, conversational tics, and driving styles, and where the landscape is a sea of rolling hills and horizon dotted with cows and corn. There are specific things about Richmond, Indiana, that I miss, but often enough, what I miss is that less specific country called the Midwest.

So when Z and I visit Minnesota, where he spent the first twelve years of his American life going to college and grad school, I am often surprised by how foreign it feels to me because I am expecting it to be Indiana. Last week we flew into the Twin Cities in order to attend the wedding reception of one of Z’s college roommates, and though in the first couple of hours I was bouncing around at all the things that were magically familiar (the landscape! the manners! stores that sell plus-size underpants!), before long, I started noticing the differences. Only I couldn’t quite name them; I only knew that I was not yet fully home.

The houses there—things that appear to have been designed by students of Frank Lloyd Wright–line tree-filled boulevards on Summit Avenue and other similar routes and are different than the brick Federals and turreted Victorian and mid-century ranch houses that fill my hometown. The grocery chains are different. People seem more mannered but also a little more distant (in a polite way) than at home. A phrase like “You betcha!” takes me aback when I first hear it because I realize it isn’t just a quirk of the characters in Fargo. The accents are almost the exact opposite of the southern twang and drawn out syllables that let’s me know I’ve ventured into my particular county in East Central Indiana, where the inhabitants often have connections to Appalachia.

And frankly, every time I’m in the Twin Cities, I’m completely shocked to re-discover that the Mississippi River is not just a southern entity.

Another thing that surprises me is the realization that Z has rich memories from his time in St. Paul and though I’ve heard the stories multiple times and met many of the players, those memories—no matter how diligent I am in imagining them—will never be mine.

The best cure for this ailment of mine is usually to make new memories, so we got to it. We visited with old friends at favorite haunts (no trip to St. Paul is complete without breakfast at the St. Clair Broiler), walked around his old campus to see the changes there (campus bookstore moved off campus—do not approve even if it is next to Garrison Keillor’s bookstore!), drove an hour to the little town where the wedding reception was (we got lost and there was some verbal abuse directed at Siri) and enjoyed an evening of nuptial revelry before heading back to the cities.

For this trip to St. Paul, Z’s old friend McGregor hosted us at her new, adorable house, which we found much cozier than the hotel we usually Priceline when we are in the cities. She has a lush garden because she was born with “green fingers” as Z-ma calls it, and were I not mosquito averse, we would have spent more time in it. It was charming and cozy and I say this as a person who generally does not notice things like gardens because I prefer being indoors. 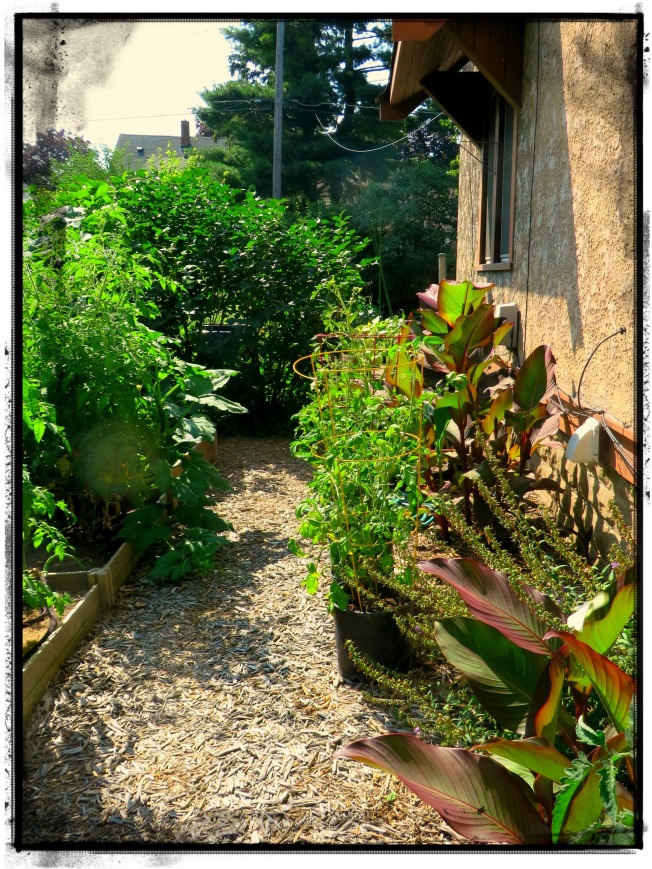 We played Scrabble and chatted and some of us (ahem) were coveting her hardwood floors and woodwork. She and Z caught up on the people they have in common and again, I felt those little jealous fingers tickling me under the chin. It’s ridiculous really. I have good friends. We have had good times. But somehow, his history seems 3-D in Surround Sound and mine is more like a Viewmaster reel. He lived in an apartment once with plumbing problems so severe that one had hold an umbrella while using the toilet. I never had an apartment with quirky facilities!

One place we visit every time we go to St. Paul is this lovely shop called Irish on Grand. If you love Ireland and miss Ireland like I do, then going to a shop like this and talking to the proprietor makes you feel almost like you are there. I don’t need any more Irish sweaters, pottery, jewelry, or other Celtic doo-dads, but I feel better just knowing if I have a sudden urge, I can get them there. When we stop in for a visit, we always buy whatever Tayto Crisps (best potato chips ever: my favorite, Smoky Bacon) they have available and then get either a book or a new CD. Once, I loved a band I’d discovered there so much that I accidentally bought the same CD on the next visit. On this trip, I opted not to buy any music just to be safe.

As luck would have it, we happened to be in time for the Minnesota Irish Fair on Harriet Island. It’s reportedly the biggest free Irish festival in the U.S., and so we boarded a shuttle marked Galway and made the short trek to the festival, which was just getting under way. 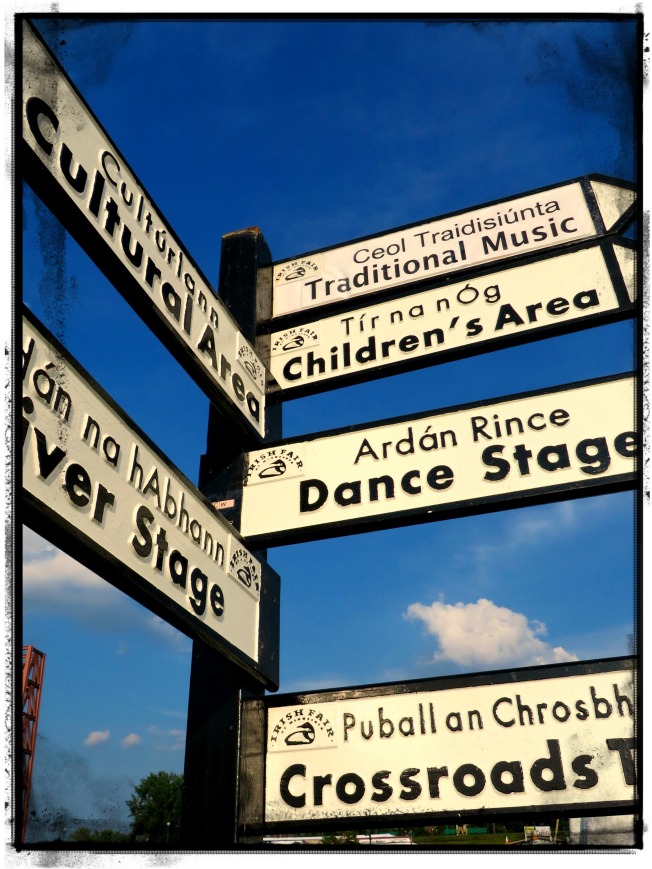 We were a bit too early to see the revelry that looked bound to happen later in the weekend when Gaelic Storm and The Water Bhoys performed, but it was still a good time. I got to pet two hot-looking Irish Wolfhounds in the Celtic Canine tent. Between roasted corn and drinks, we also managed to see some Irish step-dancing, though admittedly, instead of focusing on the performances, I spent more time lamenting that the costumes had gotten so garish (sequins! neon knotwork!) and the wigs had grown more ridiculous in the decade and a half  since Riverdance hit America  and the Irish dancing resurgence began.

At one point, I had to keep redirecting myself to watch the footwork instead of the wig of the dancer in front of me who had yet to perform. Despite the visual assault, the dancing was remarkable. 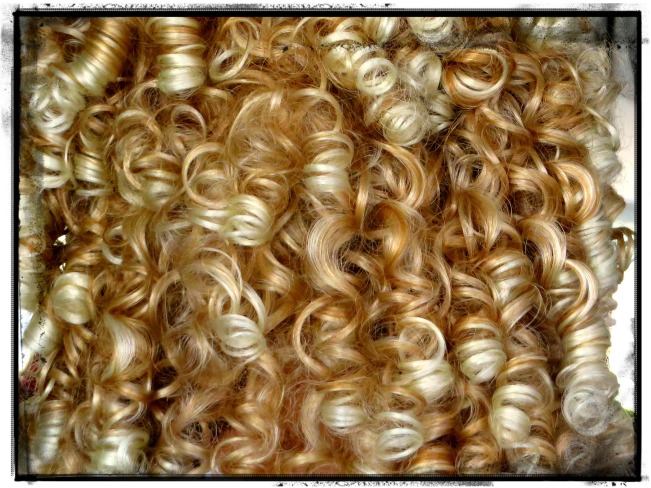 Irish dancing always chokes me up, and I don’t know why. I’ll be clapping and having a good time, and then all the sudden there is a tightness in my throat and I start sniffing so the tears won’t spill over. It must be genetic. 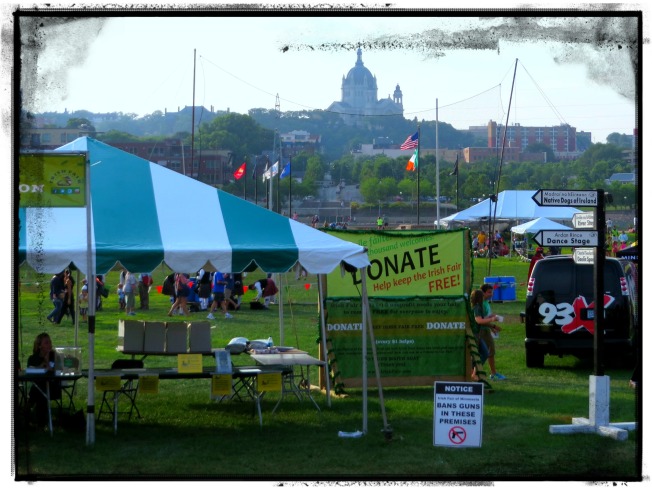 On the last day in the Twin Cities, we sat in McGregor’s backyard amongst the flowers and vegetables watching Z go through a tub of his things that McGregor has been storing for a decade or so. She and I were keen for Z to whittle down the items he had in storage, but then when push came to shove, as he threw things away, we’d exclaim, “But you don’t want to get rid of those!” even if “those” was just a pair of old rugby socks. He just shook his head at us. As he chucked letters and menus from awards dinners into the trash, I rescued the best so he’d have a semi-accurate historical record of his past. He has two more tubs to go through on our next trip. Maybe by then, McGregor and I will be willing to let him let go of more memories.

And thus begins our summer sojourn back to the Heartland. 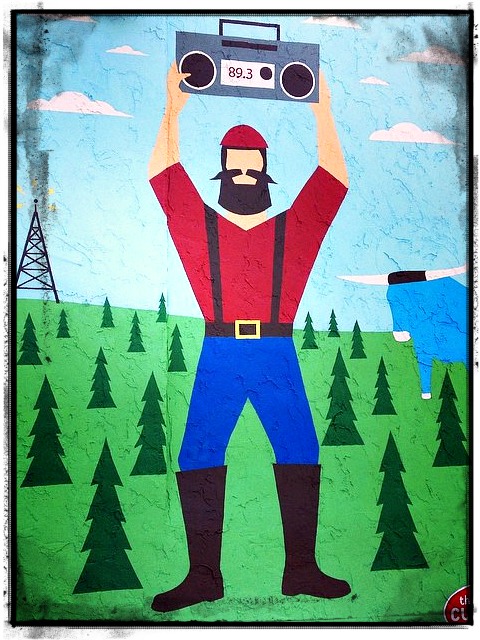